Frustrated that the tourists office in Puerto Natales was able to tell us that the camping sites were booked out until the end of March, but neglected to tell us that the paths were closed due to being flooded out, we left. Although Torres del Paine appeared to be as stunning as the peaks in El Chaltén, we were put off by high prices and unhelpful attitudes of the place. I guess this happens when a national park becomes a exclusive experience with nature for the wealthy. After we left the park and got a bit of WiFi, we found that there were still bookable hikes for the next week for the mere price 1500 USD per person. Nope.

Now with a lot of money on hand (we were prepared to pay the exorbitant entrance and ferry fees for the park), we moved down south to see the penguins on Isla Magdalena near Punta Arenas. There, we were able to get up close thousands of juvenile Magellanic penguins – the parents had already left for the season. Having seen flamingos off the side of the road just a few hours previously, we marveled at the juxtapositions of the southern most area of South America. That night, we treated ourselves to some local sea food after a day full of surprises.

The next day, we will be decided to head back north and check out the Pali Aike National Park just before the Argentinian border. Just before we reached the park, we happened upon an vast sheep farm that had been vacant for decades. A near by shipwreck also added to this place’s creepy appearance. The Pali Aike park was full of strange basalt formations and craters from volcanos occurring between 10000 and 1 million years ago- making our way through some of the lava fields really felt as though we were on a  different planet.

Just before crossing the Argentinian border, Cédric and I also attempted to rid ourselves of the extra Chilean pesos by buying as many food supplies as possible (as with most everything, food was significantly cheaper in Chile). The border town was unfortunately too small for our big budget and we only managed to spend a third of the money. 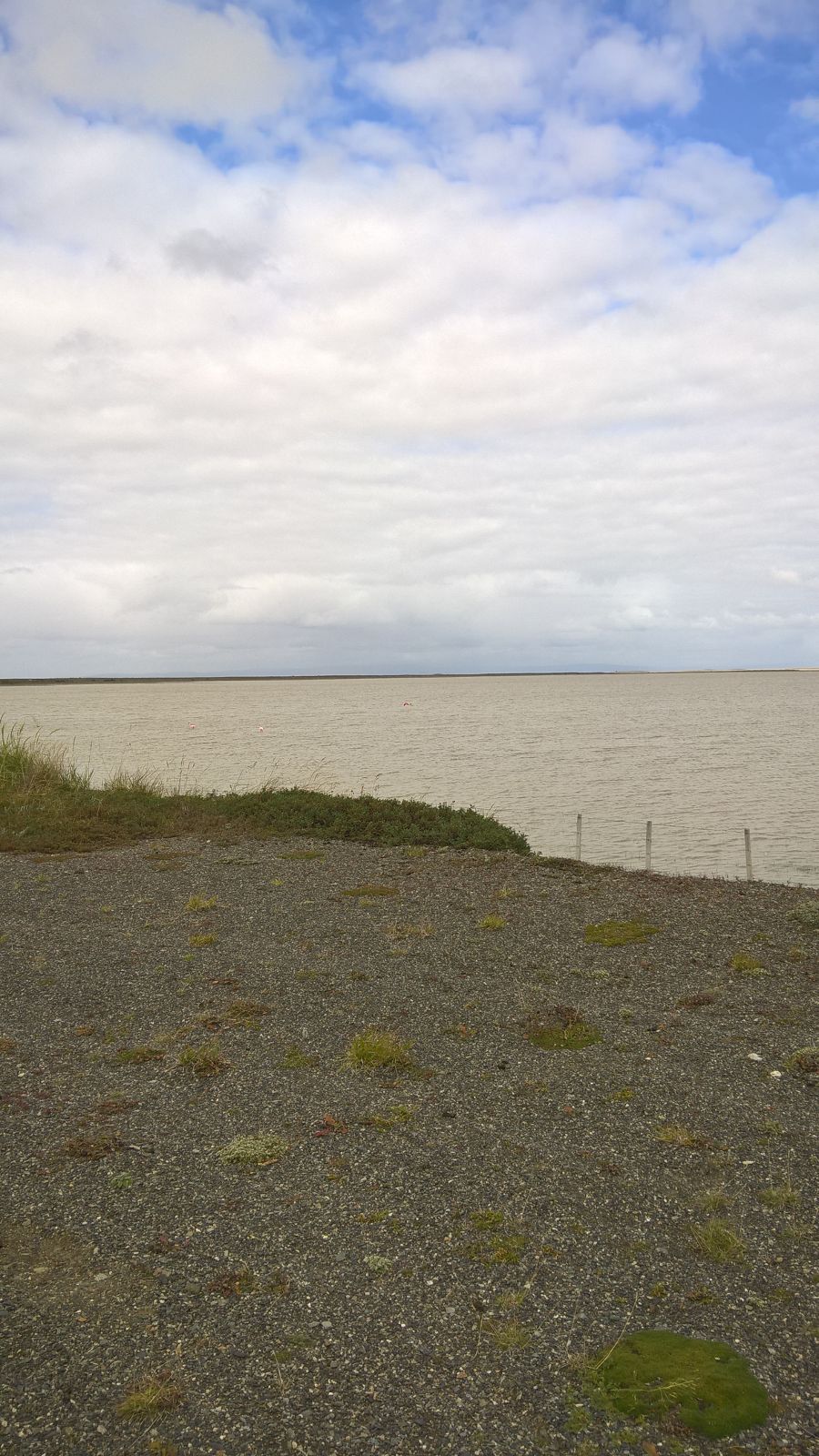 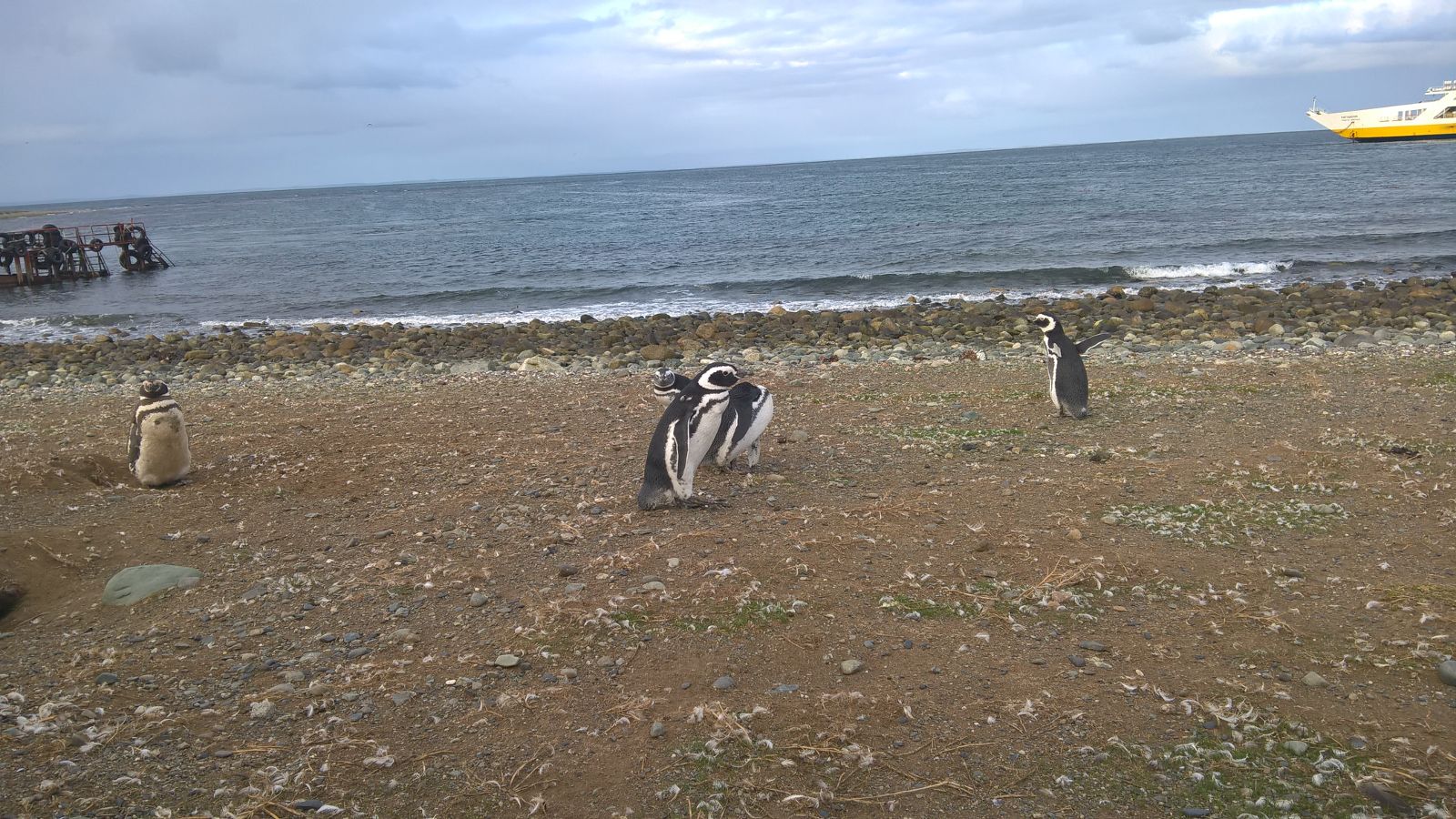 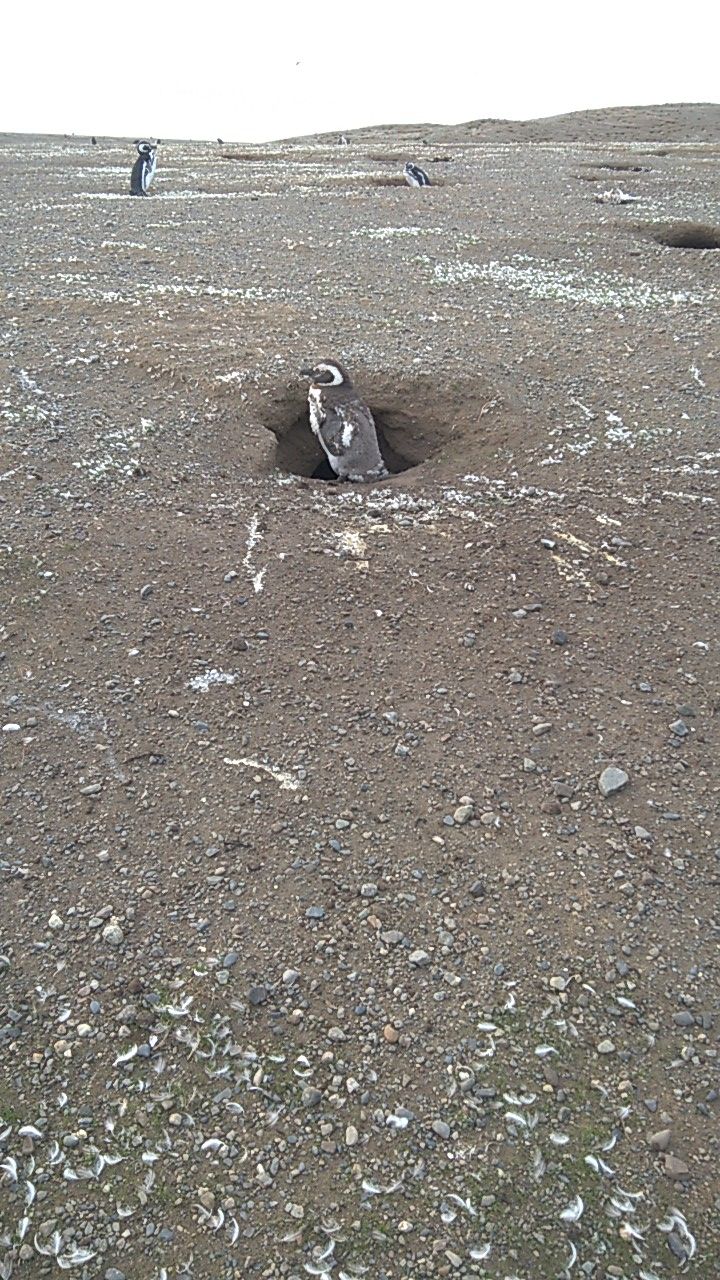 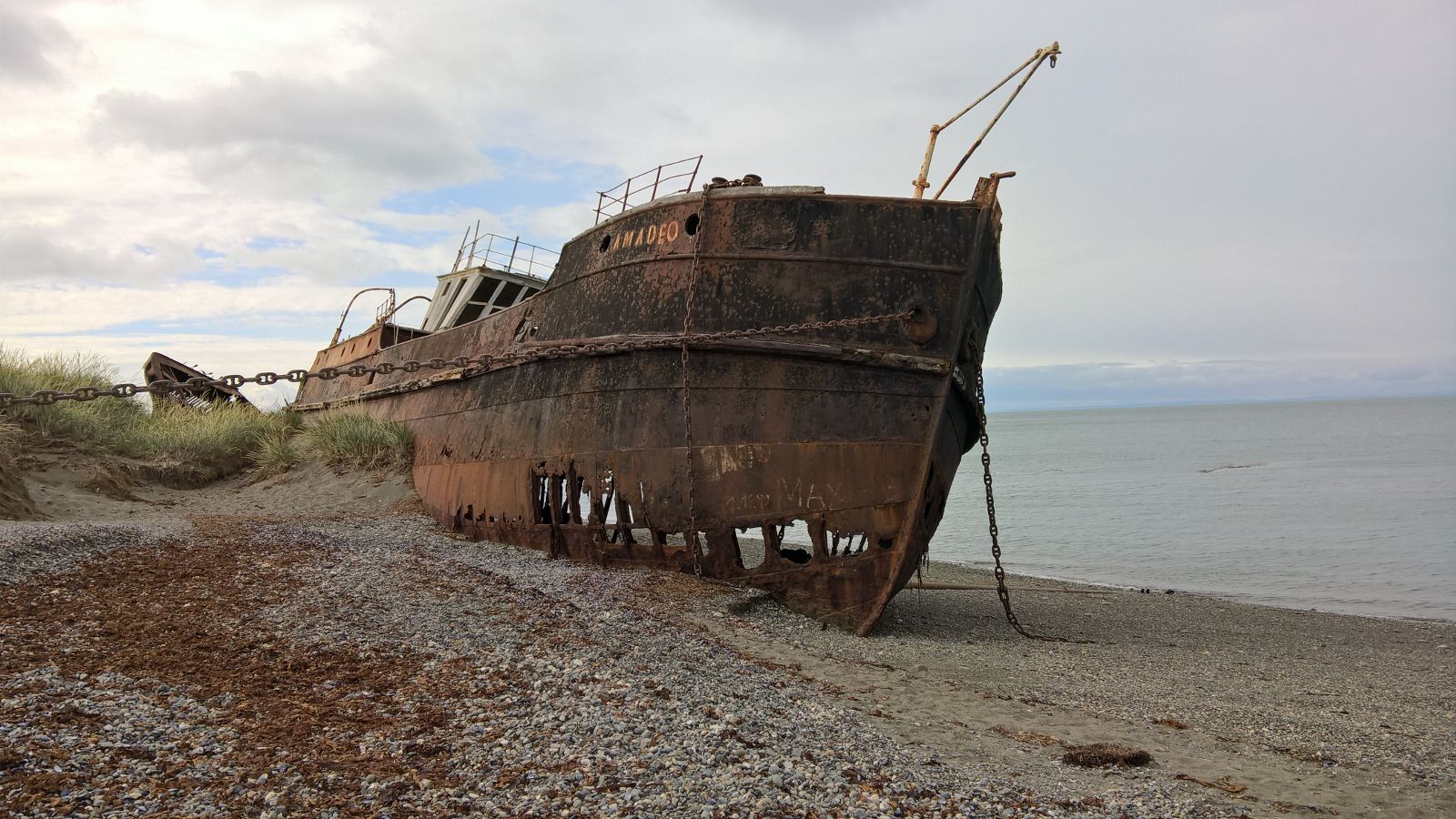 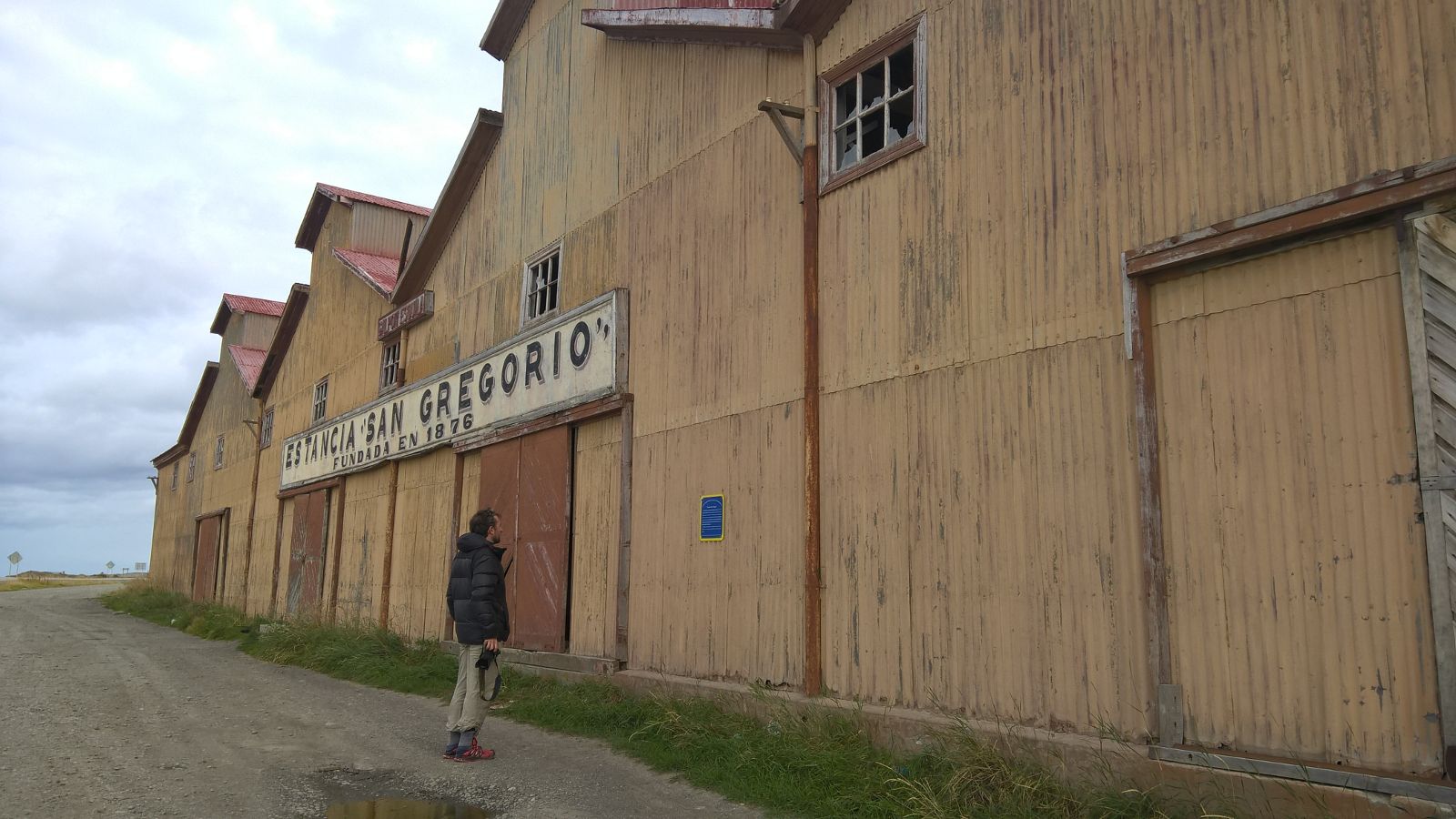 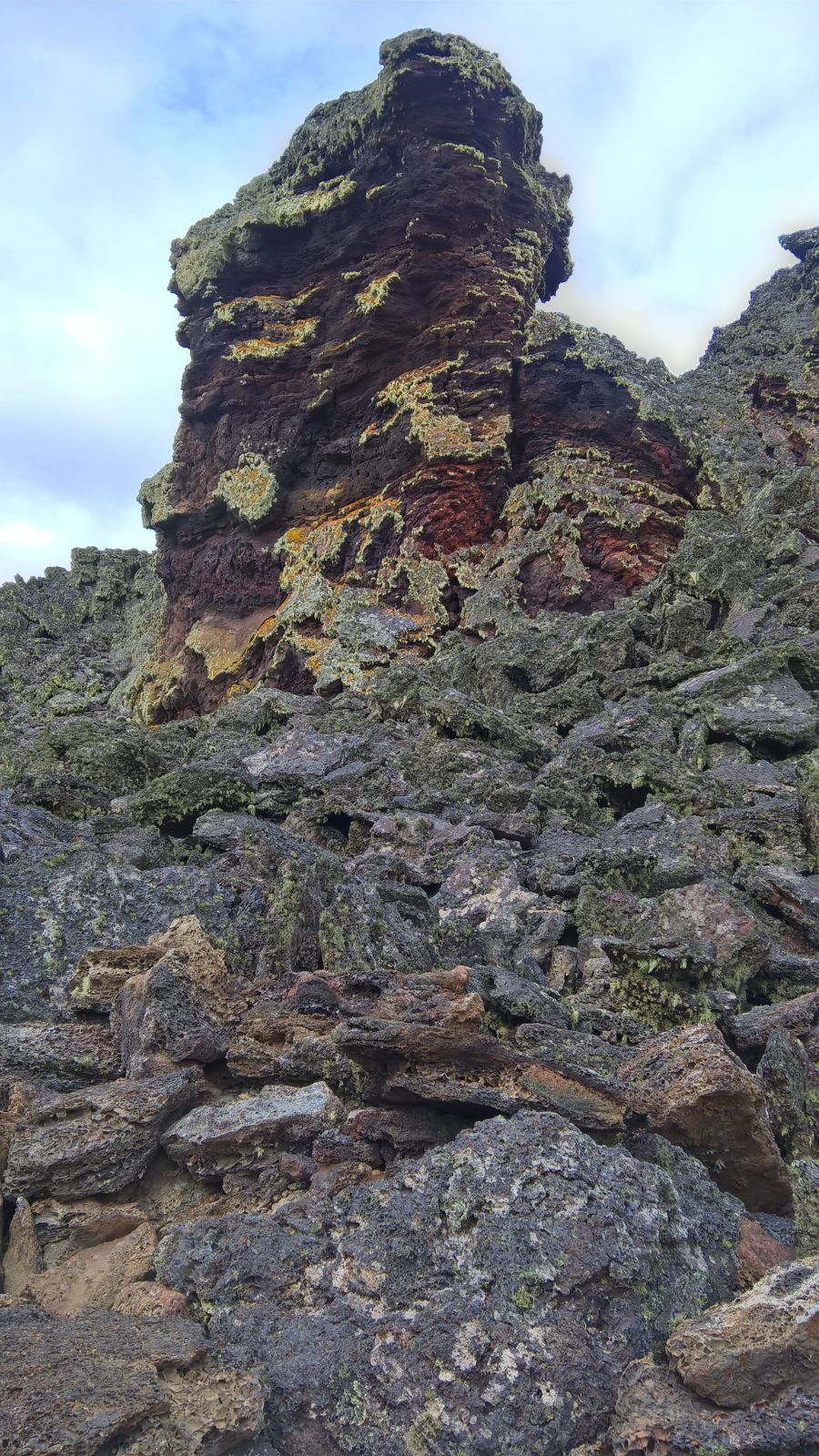